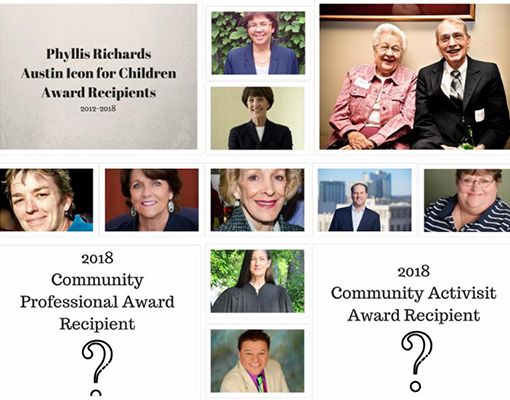 Congratulations to the following individuals nominated for the Phillis Richards Austin Icon for Children Award. It is an honor to be nominated and these individuals deserve recognition for their excellent work improving outcomes for children in our community.

Felisa Epps
Youth Educational Success Manager at the Housing Authority of the City of Austin
Nominated by: Dominique Sam - HACA