Recognizing Child Abuse And How To Report 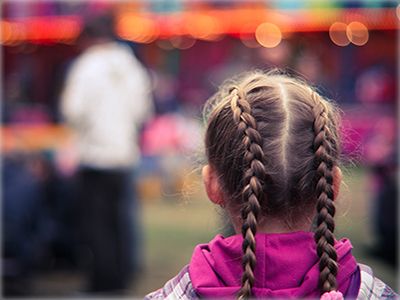 The first step in helping abused children is learning to recognize the symptoms of child abuse. Although child abuse is divided into four types — physical abuse, neglect, sexual abuse, and emotional abuse — the types are more typically found in combination than alone. A physically abused child for example is often emotionally maltreated as well, and a sexually abused child may be also neglected.

• Shows sudden changes in behavior or school performance;
• Has not received help for physical or medical problems brought to the parents’ attention;
• Has learning problems that cannot be attributed to specific physical or psychological causes;
• Is always watchful, as though preparing for something bad to happen;
• Lacks adult supervision;
• Is overly compliant, an overachiever, or too responsible; or
• Comes to school early, stays late, and does not want to go home.

• Has unexplained burns, bites, bruises, broken bones, or black eyes;
• Has fading bruises or other marks noticeable after an absence from school;
• Seems frightened of the parents and protests or cries when it is time to go home from school;
• Shrinks at the approach of adults; or
• Reports injury by a parent or another adult caregiver.

• Is frequently absent from school;
• Begs or steals food or money from classmates;
• Lacks needed medical or dental care, immunizations, or glasses;
• Is consistently dirty and has severe body odor;
• Lacks sufficient clothing for the weather;
• Abuses alcohol or other drugs; or
• States there is no one at home to provide care.

• Has difficulty walking or sitting;
• Suddenly refuses to change for gym or to participate in physical activities;
• Demonstrates bizarre, sophisticated, or unusual sexual knowledge or behavior;
• Becomes pregnant or contracts a venereal disease, particularly if under age fourteen;
• Runs away; or
• Reports sexual abuse by a parent or another adult caregiver.

• Shows extremes in behavior, such as overly compliant or demanding behavior, extreme passivity or aggression;
• Is either inappropriately adult (parenting other children, for example) or inappropriately infantile (frequently rocking or head-banging, for example);
• Is delayed in physical or emotional development;
• Has attempted suicide; or
• Reports a lack of attachment to the parent.

When to Report Suspected Abuse

In the State of Texas it is a requirement to report suspicions of abuse/neglect of children or abuse/neglect/exploitation of persons 65 years or older and adults with disabilities. You can contact the Abuse Hotline toll free 1-800-252-5400, 24 hours a day, 7 days a week.

Remember that suspected child abuse is sufficient reason to make a report to authorities. You do not need proof. Your call may make the difference in the very life of a child.

If you believe that your child may be at imminent or immediate harm to himself or others, you should immediately contact his or her parent or legal guardian. Do not leave the child alone, but reassure him of your concerns and what you will need to do to help him. The parent or legal guardian should call the local Austin Travis County MHMR main number: 512-472-4357, the crises line is available 24 hours a day, 7 days a week. If the parents refuse to make such a call, you should contact the Abuse Hotline toll free 1-800-252-5400, 24 hours a day, 7 days a week.